What are the signs of unilateral cleft lip?

Unilateral cleft lip is quite noticeable. You will see an opening in your child's upper lip, either on the right or left side. This opening may extend into their gum tissue or into their nose. Cleft palate may also be present; this is a related condition that means that the roof of your child's mouth also has an unnatural opening. However, unilateral cleft lip can occur on its own, so your child's palate may be normal. Your child's doctor will examine them after birth to determine the extent of their cleft.

While so many possible causes have been identified, in most cases, doctors aren't able to identify the exact cause of individual cleft lip cases. This means that you probably won't find out why your child was born with the condition.

What problems can unilateral cleft lip cause?

Unilateral cleft lip can lead to a number of health complications. If your baby's cleft reaches up to their gum tissue, the development of their teeth may be impacted. The teeth near the cleft—often the lateral incisors—are most commonly affected, though the nearby cuspids (canine teeth) may also be affected. A number of changes may be seen in these teeth. The teeth near the cleft may be completely missing, improperly formed, or displaced. In some cases, the lateral incisors may be twinned, meaning that there are two of them.

These dental changes are not just cosmetic. If some teeth are missing or displaced, your child may develop dental problems like crowding or crooked teeth. The teeth of the upper jaw may not align properly with the teeth of the lower jaw, which can lead to trouble chewing later in life.

How is unilateral cleft lip treated?

Treatment for unilateral cleft lip involves surgical repair to close the gap. This is generally done between the ages of two to four months. At this age, the lips are larger than they are at birth, which makes it easier for the surgeons to meticulously repair the cleft; general anesthesia is also safer at this age. During the surgery, the surgeons will carefully stitch the opening in the lip together. They will try to align the surgical scar with the medial cleft above the lips to make it less noticeable.

This surgery isn't always enough; many children need a second surgery later in life to improve symmetry and function of their lips and nose. Your child will also need further treatment from a team of specialists, including orthodontists and dentists, to make sure their teeth are both healthy and properly positioned. This treatment may continue into adolescence, according to the Cleft Palate Foundation. This is because, as your child grows, their lips and mouth will also grow, and this means that adjustments are necessary.

If your child was born with a unilateral cleft lip, they need to be seen by a dentist that specializes in cleft lip repair. 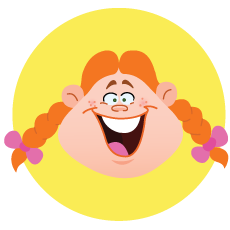 Growing up, my diet was far from healthy. I regularly consumed sugary treats such as donuts, honeybuns, apple fritters, chocolate candy, and sodas. As a result of my poor eating habits, I developed many cavities as a kid. My mouth had more fillings in it than I could count. Thankfully, since reaching adulthood, I’ve drastically changed my diet. Instead of snacking on sugar laden processed foods, I reach for healthy nuts, seeds, and fruits. Usually, my trips to the dentist’s office don’t reveal any signs of trouble, so I wanted to talk about it. Do you or one of your loved ones struggle with cavities on a regular basis? On this blog, you will discover the best natural ways to prevent painful cavities.